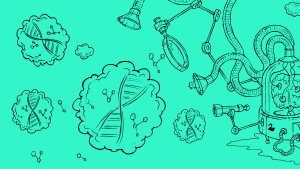 Taking an evidence-based approach to teaching and learning, as encouraged by the field of educational neuroscience, is challenging and at times controversial. Perhaps the most contentious aspect of this endeavor is the application of genetics to education and flight crew training.

A large body of evidence indicates that cognitive abilities are influenced by genetics and that each psychological trait is influenced by many genes. This means that educational outcomes are heritable to some extent: to take an example, a study of 13,306 twins found that a composite GCSE English, maths and science score was 62% heritable. Interpretation of this finding requires an understanding that heritability describes differences between individuals.

High heritability can mean that schools are doing a good job of educating pupils, so that remaining differences between pupils (whatever their size) are down to genetics. It is crucial to understand that high heritability does not mean that the school or other environmental factors are unimportant.

First, these discoveries support the argument that learners have different strengths and weaknesses, and should not all be expected to conform to the same profile of competences. Second, genetically influenced individual differences in ability may take away some of the pressure on training content creators and instructional designers. Genetic learning is the most accurate form of customization of flight crew training.

Together with artificial intelligence and deep learning, the combination of genetics will be the cutting edge in flight crew training as per tailored curriculum and standards.