The New Engine Option (NEO) was the Airbus 320 game changer which cutdown the fuel consumption and emissions significantly. Fuel consumption was reduced by almost 15% and the emissions by about 18%. A few more small design changes shaved off a few more in terms of percentage fuel burn. Boeing on the other hand had lost out on the first mover advantage but would not lose the game. Boeing also offered new engine options with matching fuel consumption. But, there was a problem. Both Airbus and Boeing did not build a new aircraft but installed the new engines on the same old airframe. The engines were bigger in size and needed more space under the wing. This cause the Center of Gravity to relocate and thus began the entire game which ended up with the unfortunate accidents of the Boeing B-737 Max and the subsequent grounding.

Shifting the engine would alter the Center of Gravity, the point at which the resultant forces of lift and weight act. Moving this changes the basic characteristics of the plane. Why would Airbus not build a new airplane? When I put up this question to the senior designers at Airbus, the reply that I got was ” When the A320 is making good money , why would we want to invest money in something new?”. Surprised me a bit but it was touted as good business sense. Well, from a safety perspective, everything balances it out. Boeing is still compensating in millions of USD for the profits earned.

How do we fit a bigger engine?

A bigger engine needs more space under the wing. The B-737 has a lower airframe than an A-320 so Boeing had to think of ways to do that. They placed the engine higher up closer to the wing. This caused the aircraft to have a nose up pitch tendency with high thrust, such as during takeoff . They invented the MCAS, which detected such an unsafe situation and trimmed the nose down.

What did Airbus do?

Airbus strengthened the wing to carry the bigger engine. The bigger engine did change the center of gravity. Airbus has the advantage of having a greater number of onboard computers to control the flight control systems like the Elevator, Rudder and Aileron. They had to tweak the software to get compensate for the change in the Center of Gravity(C.G.).

During testing of their software a problem was unearthed. All operators were told to keep a few passenger seats rows at the rear empty. EASA, the European regulator which has given the Type Certificate to the A-320, issued an airworthiness directive in 2019.

The Airworthiness Directive (AD), issued by the EASA read:

“Reduced efficiency of the A320neo AOA protection under certain flight conditions, and in combination with specific command maneuvers from the flight crew, could lead to excessive pitch attitudes, possibly increasing cockpit workload conditions.

“This potentially unsafe condition, although never encountered during operations, was discovered during analysis and laboratory testing of the A320neo flight control laws.”

Airbus changed the C.G. limits and modified their software in order to to over come the problem. Did the problem just go away? If we analyse the situation from a distance we can appreciate where the problem lies. If one recalls accidents like the AirFrance 447 and AirAsia in Indonesia, one would wonder, how could a plane comedown with a rate of descent in excess of 10,000 feet/min? There was a big hue and cry about pilot training and the need for getting back to the basics. Pilots were apparently losing their flying skills and automation was taking them for a ride.

EASA made a safety case that a majority of pilots who acquire their flying ratings do not have conceptual understanding of the subject. This part is fine, when under stress a pilot who has passed the written exam using multiple answer type questionnaire will not comprehend whats going on and how to get out of a situation. A pilot with deep rooted understanding of the concepts will however stand a better chance.

The statement above is true if the airplanes follow the principles of flight which is taught in the books. However, if increased automation is correcting the inherent behaviour of the aircraft and giving a false feeling of flying as per books, when things go wrong and pilots decide to switch OFF automation and fly themselves, they would come in for a surprise as the behaviour of the airplane would be totally different and could be even unsafe.

What happened to the Boeing 737 Max?

The MCAS on a B-737 Max was compensating for a nose up pitch tendency by quietly adding a pitch down command without the pilot’s knowledge. This was exposed during the Lion Air and Ethiopian accidents. Due to an erroneous angle of attack indicator input, the automation reacted to an apparent pitch up sense and the MCAS pushed the nose down. The MCAS was designed to operate only in Manual & Flaps UP flight.

Airbus has a lingering problem perhaps

Does this image look a bit odd? 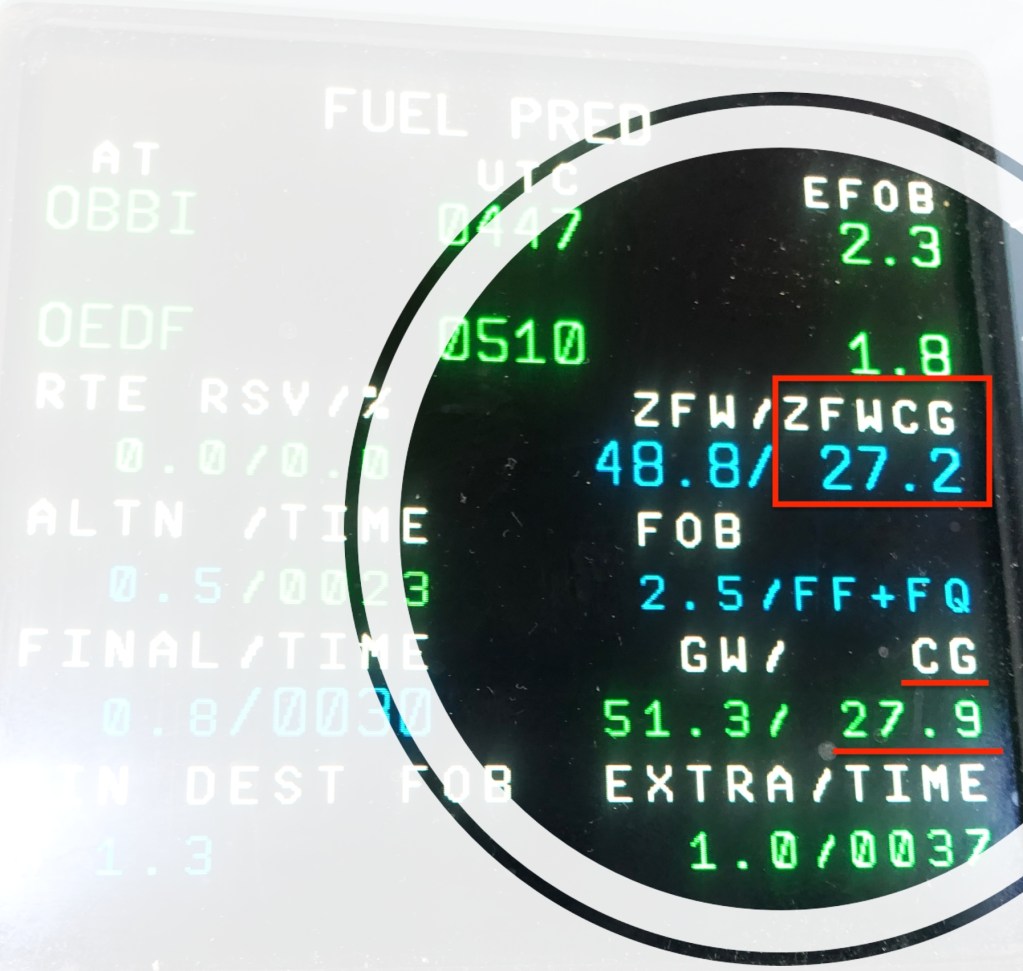 The image above shows the aircraft C.G. in clean configuration near the top of descent. The Zero Fuel Weight C.G.(ZFWCG) above the C.G. is indicated in Blue. Why do we need a ZFWCG and what is the significance.

Definition of the Zero Fuel Limit

On the balance chart it is necessary to check the Takeoff CG position against the Takeoff operational limit, this ensures that the aircraft CG position is within the certified takeoff limit.
Nevertheless this check is not sufficient to ensure that the aircraft CG remains within the in flight and landing limits during the whole flight.
This second check cannot be made easily by checking the landing CG position and the different flight CG positions because of the difficulty to estimate these values.
To perform this check an additional limit has been introduced : the Zero Fuel Limit.
The Zero Fuel limit is determined to ensure that during the whole flight and at landing the aircraft CG remains within the limits.

The C.G. moves inflight primarily due to fuel burn and due to the configuration change.The graph below an impression of the variation due to the fuel burn. Please note that it is not linear.

Flaps extension moves the aircraft CG aft, Slats extension moves it forward, the total resulting moment for takeoff and landing possible configuration moves it aft so the real takeoff and landing CG will always be aft of the estimated value. So for aft certified CG operational margins determination the maximum aft movement has to be taken into account to prevent the aircraft CG being out of the limits.

Is the Center of Gravity of the A-320 NEO still an issue?

I have constructed here a scenario where the flight is about 60 min duration but the load distribution is such that the C.G. is towards the AFT limit. If the A-320 NEO Zero Fuel Weight C.G. moves beyond the ZFW C.G. as shown on an image from a live example, with 0 fuel and after extension of Flaps/Slats and the Landing gear, there could be a possibility that the operational Inflight C.G. is breached. However much the C.G envelope may move, the question still remains ” Should the aircraft C.G. movement in-flight remain limited to the Max. Z.F.W. C.G.?