After the B737 Max nose dived due to pitch controllability issues, Airbus has identified similar high pitch issues with the A320 and A321 NEO aircrafts.

A combination of scenario where the aircraft is loaded in a balance where the tail side is heavy , speed is reducing and side stick pulled full back with maximum(TOGA) thrust. Under these circumstances excessive pitch attitude could occur beyond the aircraft computers handling capability.

The manufacturer and the regulator have issued notices and directives to all operators so that they limit the loading such that this eventuality doesn’t arise. Lufthansa and British airways have decided to keep the last row of passenger seats empty to comply with the directive and prevent a tail heavy balance.

Airlines in India like IndiGo and Go Air have decided to keep the rearmost cargo compartment (HOLD5) empty to prevent an excessive rear centre of gravity.

It is evident that the load and trim softwares which normally ensures that the C of G is within the range has not been modified to meet with the new requirements. The pilot is under the impression that the problem has been addressed so they are not too concerned. One airline has instructed the crew to ensure that the takeoff aft limit is restricted but does not address the landing aft limit. The question now arises that, have the airlines considered all possible scenarios?

There is a need to carry out a comprehensive risk assessment in order to ensure that no other possibility exists or all possibility have been reviewed and mitigating actions defines.

E.g. There could be a possibility of the from cargo holds empty and the rear hold full. Now despite the hold 5 being empty, there could be a combination of passenger, fuel and cargo loading that could exceed the limits. Has the system software been amended to control this limit? I doubt, had this been done then the need to keep the hold empty would not have arisen.

Airbus is working on reprogramming the software which controls the elevators to keep the aircraft flying is a safe flight envelope. Till then the directive is a temporary fix to mitigate the risk.

DGCA commits to conducting a safety risk assessment as stated in the State Safety Policy.

As Airbus studies more scenarios we expect more issues highlighted and remedies. There are active risks and latent risks. If we tinker with a system there is a high possibility that the latent risks come to fore. This for example is a risk that emerged by introducing the bigger engines on the NEO. Therefore it’s imperative to carry out a change management risk analysis. 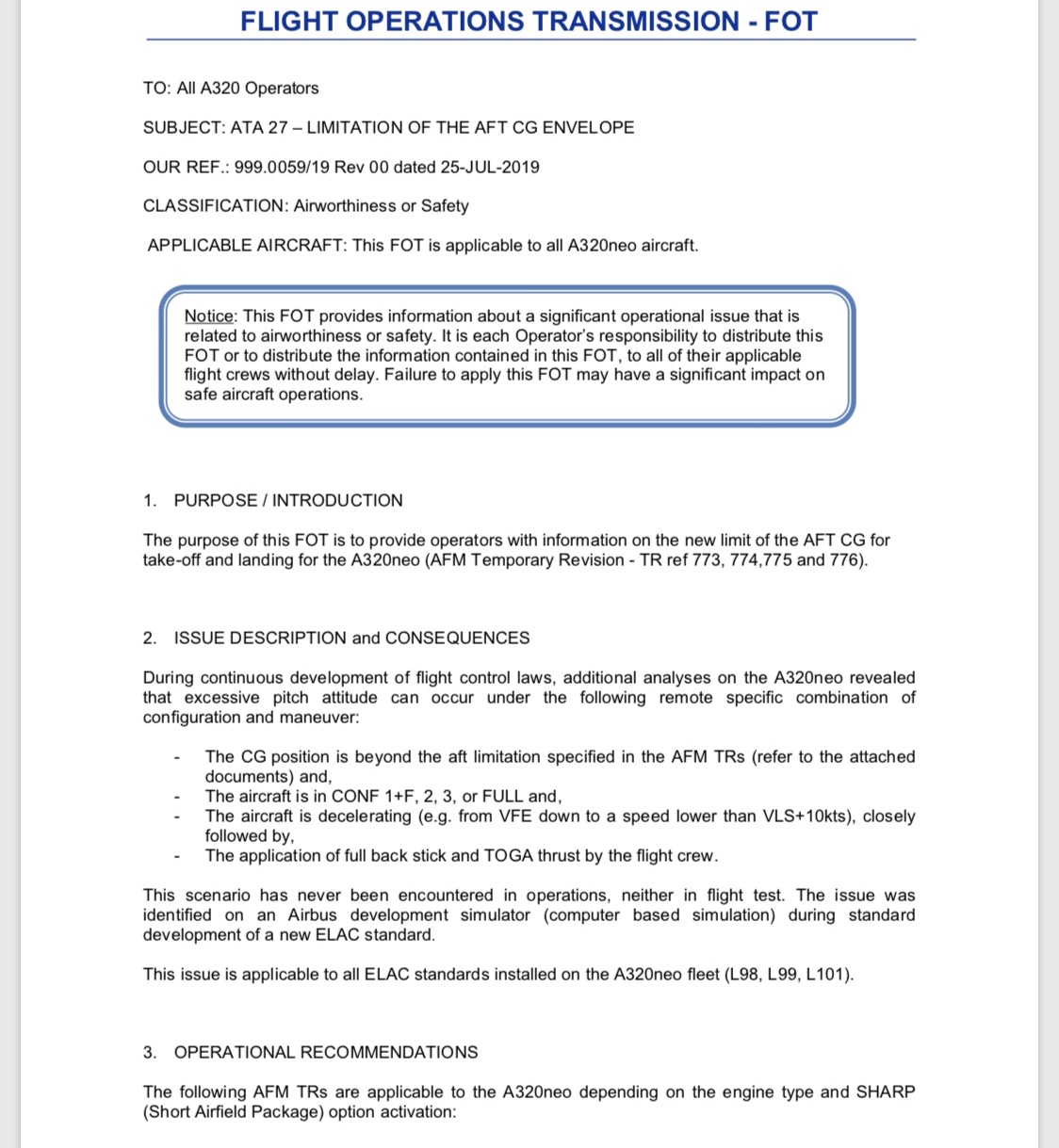 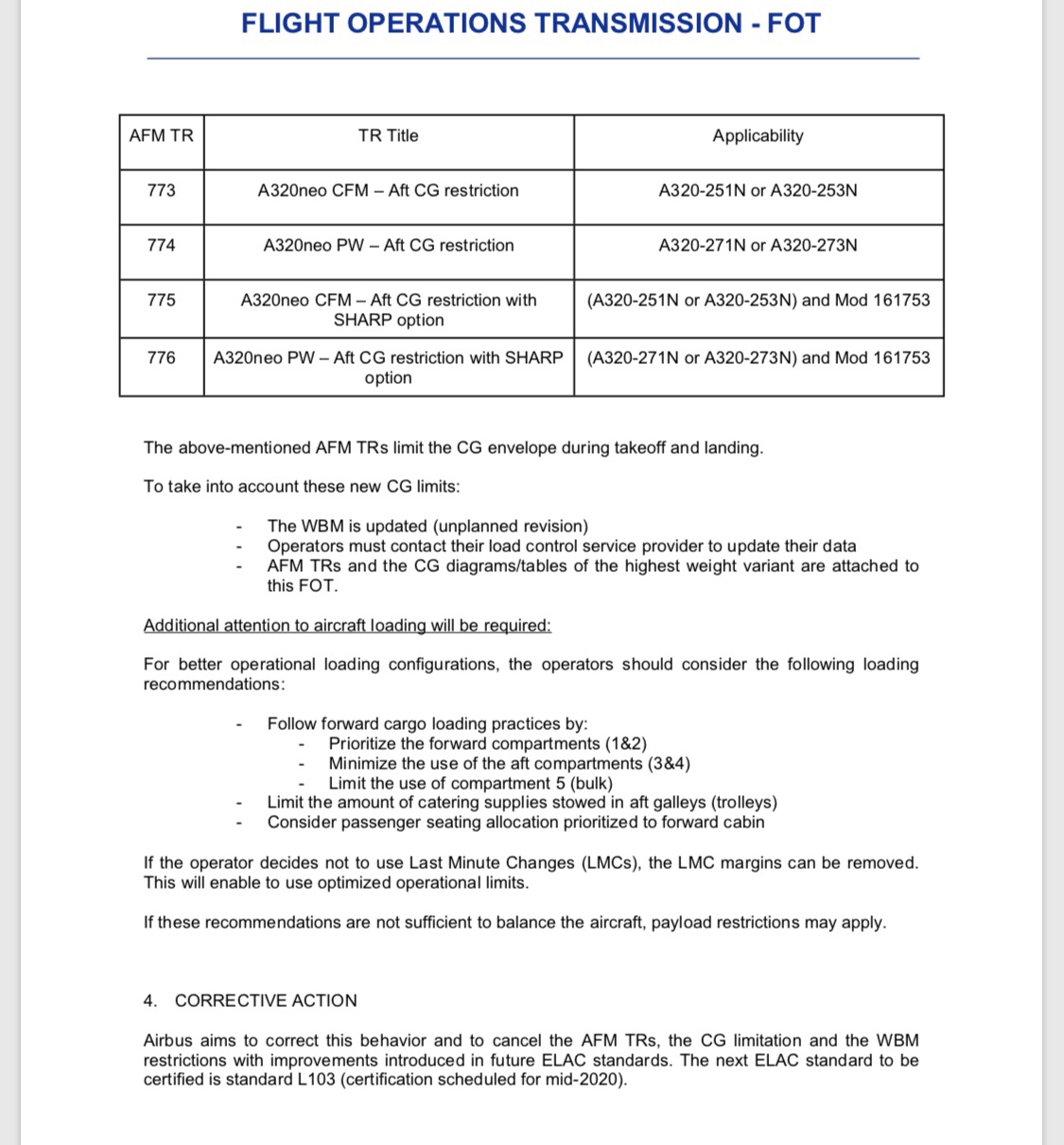 #IX1344 #Calicutaccident @FlyWithIX report released. Probable cause stated as"non adherence to SOP by the PF, wherein, he continued an unstabilized approach, in spite of Go Around call.’ @SafetyMatters6 #becausesafetymatters