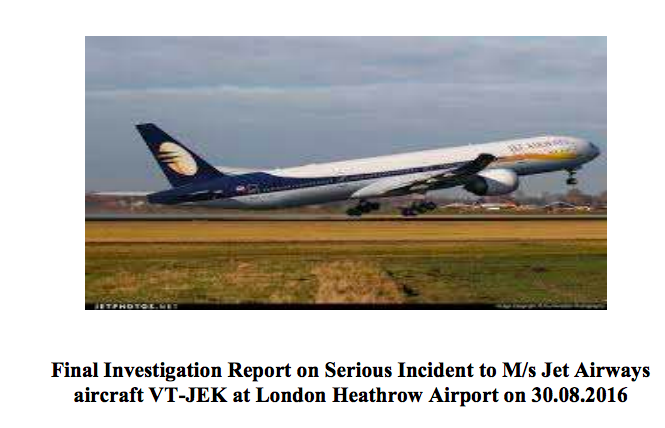 The commander had calculated aircraft performance (speeds and thrust) from the first four intersections on the north side of Runway 27L (NB1, NB2E, NB2W, and NB3 in Figure 1) whereas the co-pilot had used S4W. The commander had done this by selecting the “FIRST 4” option from the OPT intersection dropdown menu rather than using the “S4W” option . The Co-Pilot changed the option in her onboard performance tool (OPT) to match the commander’s option and did not select S4W again.

The famous book by Elliot Aronson called The Social Animal is about humans who are social animals and society is something in nature that precedes the individual. We are conformists and most of the times would avoid a dispute with others in the society. Conformity as defined  in the book, The Social Animal is the change in a persons behaviour or opinions as a result of a real or imagined pressure from a person or a group of people.

Experiment: Soloman Asch a famous psychologist conducted an experiment in 1951 to investigate the extent to which social pressure from a majority group could affect a person to conform.. Asch  devised what is now regarded as a classic experiment in social psychology, whereby there was an obvious answer to a line judgment task.  If the participant gave an incorrect answer it would be clear that this was due to group pressure.

Procedure:Asch used a lab experiment to study conformity, whereby 50 male students from Swarthmore College in the USA participated in a ‘vision test.’ Using a line judgment task, Asch put a naive participant in a room with seven confederates.

The confederates had agreed in advance what their responses would be when presented with the line task.  The real participant did not know this and was led to believe that the other seven participants were also real participants like themselves. 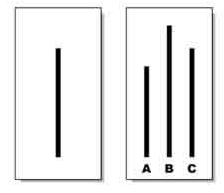 Each person in the room had to state aloud which comparison line (A, B or C) was most like the target line. The answer was always obvious.  The real participant sat at the end of the row and gave his or her answer last.

There were 18 trials in total, and the confederates gave the wrong answer on 12 trails (called the critical trials).  Asch was interested to see if the real participant would conform to the majority view. Asch’s experiment also had a control condition where there were no confederates, only a “real participant.”

Result:Asch measured the number of times each participant conformed to the majority view.  On average, about one third (32%) of the participants who were placed in this situation went along and conformed with the clearly incorrect majority on the critical trials.

Conclusion: Why did the participants conform so readily?  When they were interviewed after the experiment, most of them said that they did not really believe their conforming answers, but had gone along with the group for fear of being ridiculed or thought “peculiar.”  A few of them said that they really did believe the group’s answers were correct.

The Captain was highly experienced with over 13,000 hours which as per Gladwels’s 10,000 hour rule made him an expert in the field. The co-pilot, on the other hand was fairly in-experienced with less than 3000hrs of flying experience.

The Captain made a selection on his performance calculator by choosing the option of calculating thrust values and speeds. The error of selecting the first 4 intersection option may have been due to distraction or inaqequate attention. The co-pilot on the other hand was quite inexperienced but had made the correct calculations. In order to conform to the senior and experienced crew member, the co-pilot looked at the Captain’s selection for intersection and changed her selection too, thereby getting the same performance thrust and speeds that of the Captain.

Two wrongs, therefore made one right and they continued with the SOP’s and checklists. The checklists did’t catch the error since the performance in the electronic calculator of both the crew displayed the same numbers.

This error could have cost them dearly had the captain not realised by looking at the centreline lights that the runway was nearing end. He selected maximum thrust and lifted the aircraft rapidly, crossing the runway end at 16 feet and 112 feet at the perimeter road. The minimum crossing height is 35 feet with a higher speed attained.

Read my paper on erroneous takeoff performance in the link below.

Being mindful and attentive would have saved the day for the flight crew. The Captain’s attention deficit led him to use the default values that he had been used to. The human factor part has not been addresses to in the investigation report. The co-pilot needed to be more assertive and highlighted the speed discrepancy rather than conforming to the seniors method of calculation.

The extent to which the investigations in aviation accidents are manipulated in India is nothing but a criminal conspiracy. Here even the influential are not spared if they aren't alive to defend themselves. @SafetyMatters6 #becausesafetymatters https://wp.me/p7Y3JB-4Su